CERVICAL CANCER: THE BEAST THAT KILLS 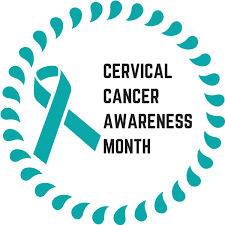 “Get the ambu bag! Continue the CPR! Don’t stop! Please do something!”screamed Ogechi, whilst panting heavily, her face and clothes drenched in her own sweat. She had climbed the stairs several times in few minutes to get resuscitation items for her dying mum, she needed ventilation herself but she wasn’t bothered. She only focused on her mother now.” No, she just got retired 3 years ago. She can’t die now. She needs to enjoy the fruits of her long years of labour”. Ogechi thought as she squeezed the ambu bag to release some air into her mother’s airway. Suddenly, Ogechi’s mother came around after rounds of CPR. She held her daughter’s hands with feeble fingers. Oge, don’t leave your mother. She said with a shaky voice.

But Ogechi knew, that the end was near. With stream of tears welled up in her eyes, Ogechi spoke; “Mummy, just ask God for forgiveness, and for His mercy”. At that point, her mother knew too, that her time had come. the angel of death was there and not even her daughter whom she saw through nursing school could help her. Finally, I’m safe from the pangs of cervical cancer, she thought as she breathed her last.

Cancer is a disease caused by harmful, uncontrolled multiplication of cells in a particular part of the body which could cause dysfunction of that body part. It also has the tendency to spread to other body parts.

The cervix, on the other hand is a narrow passage that forms the lower part of the uterus (the womb) which opens into the vagina and leads to outside of the body.

Now, imagine a narrow passage, only about 4 centimetres long being invaded by continuously multiplying destructive cells. That is Cervical cancer.

Cancer of the cervix, also called cervical cancer is associated with age-standardized incidence and mortality rates of 36 per 100,000 and 17.5 per 100,000, respectively, and younger mean age of occurrence (4th decade) among Nigerian women. (Akinfenwa AT and Monsur TA. Burden of cervical cancer in Northern Nigeria. Trop J Obstet Gynaecol 2018; 35:25-9).

Fortunately, cervical cancer can be prevented. Did you say How? Come with me.

Cervical cancer is mostly caused by various strains of the human papillomavirus (HPV), an infection which can be transmitted sexually. When the body becomes exposed to HPV, the body’s immune system typically prevents the virus from doing harm. In a small percentage of people, however, the virus survives for years, contributing to the process that causes some cervical cells to become cancerous. These cancerous cells tend to grow and multiply out of control, and they do not die, unlike healthy cells. The accumulating abnormal cells form a mass (tumor). Cancer cells invade nearby tissues and can break off from a tumor to spread (metastasize) elsewhere in the body.

However, HPV only plays a role. there are several risk factors to developing cervical cancer. They include;

When present, common symptoms of a tumor (mass) that develops in the cervix may include;

Signs of advanced cervical cancer include;

TREATMENT: Depending on the stage, cervical cancer can be treated with chemotherapy, radiation and/or surgery.

Although not so with many other cancers, fortunately, there are means prevention against cervical cancer.

The pap smear test is carried out by the gynecological team who take a sample of the cervical mucus and smear it on a glass like slide (meant for that purpose). This sample will further be screened for the presence of human papilloma virus. When it is done regularly, it can detect early stages of cervical cancer which can be highly treatable.

Cancer is a beast, that must not conquer your beauty!!!

NOTE: AlphaCares Health Foundation is not only into awareness on cervical cancer but health in general. And “health is defined as state of complete physical, mental and social well-being and not merely the absence of disease or infirmity”. – World Health Organization. WHO assert that physical and mental well-being is a human right, enabling a life without limitation or restriction.

5 Replies to “CERVICAL CANCER: THE BEAST THAT KILLS”